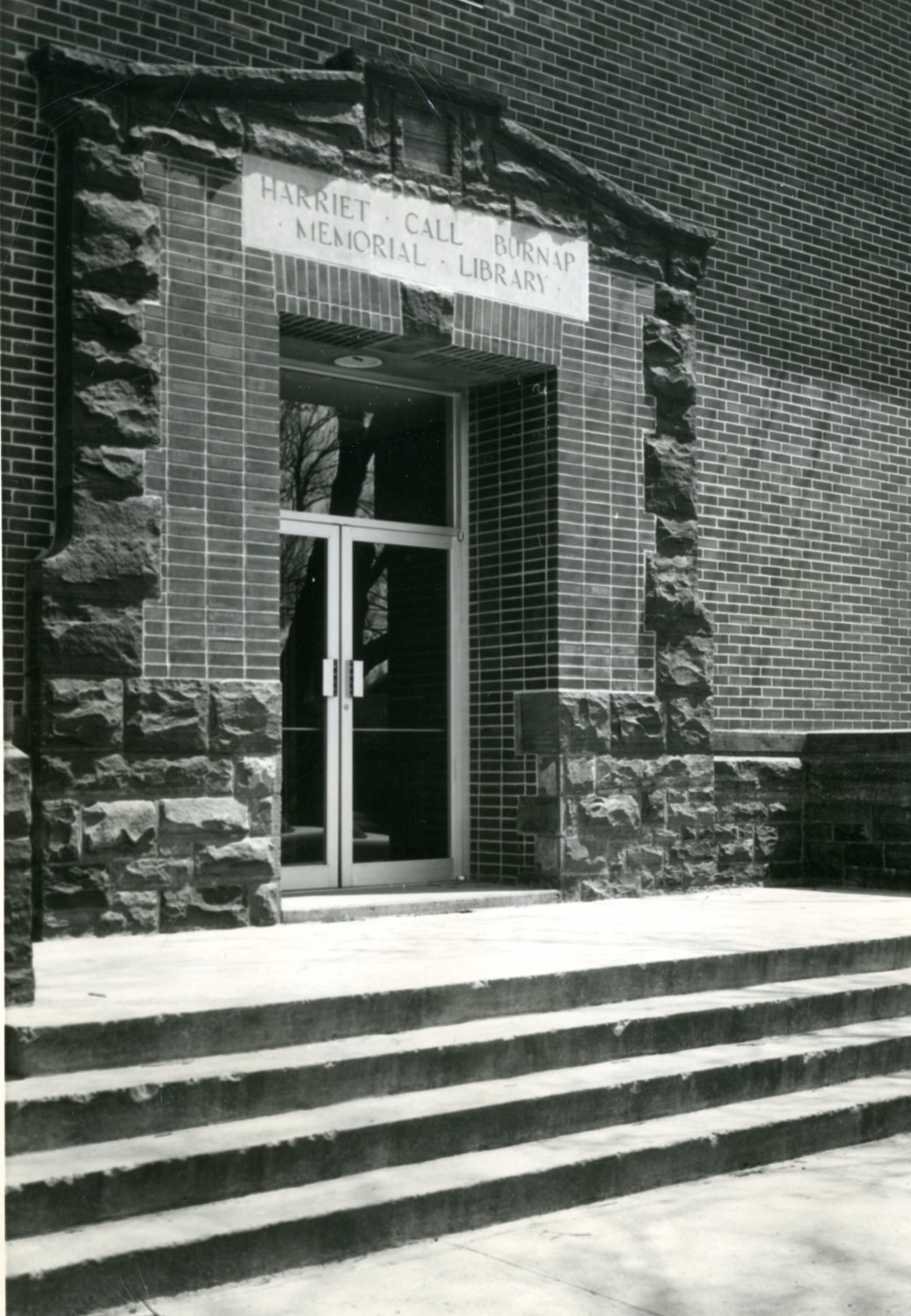 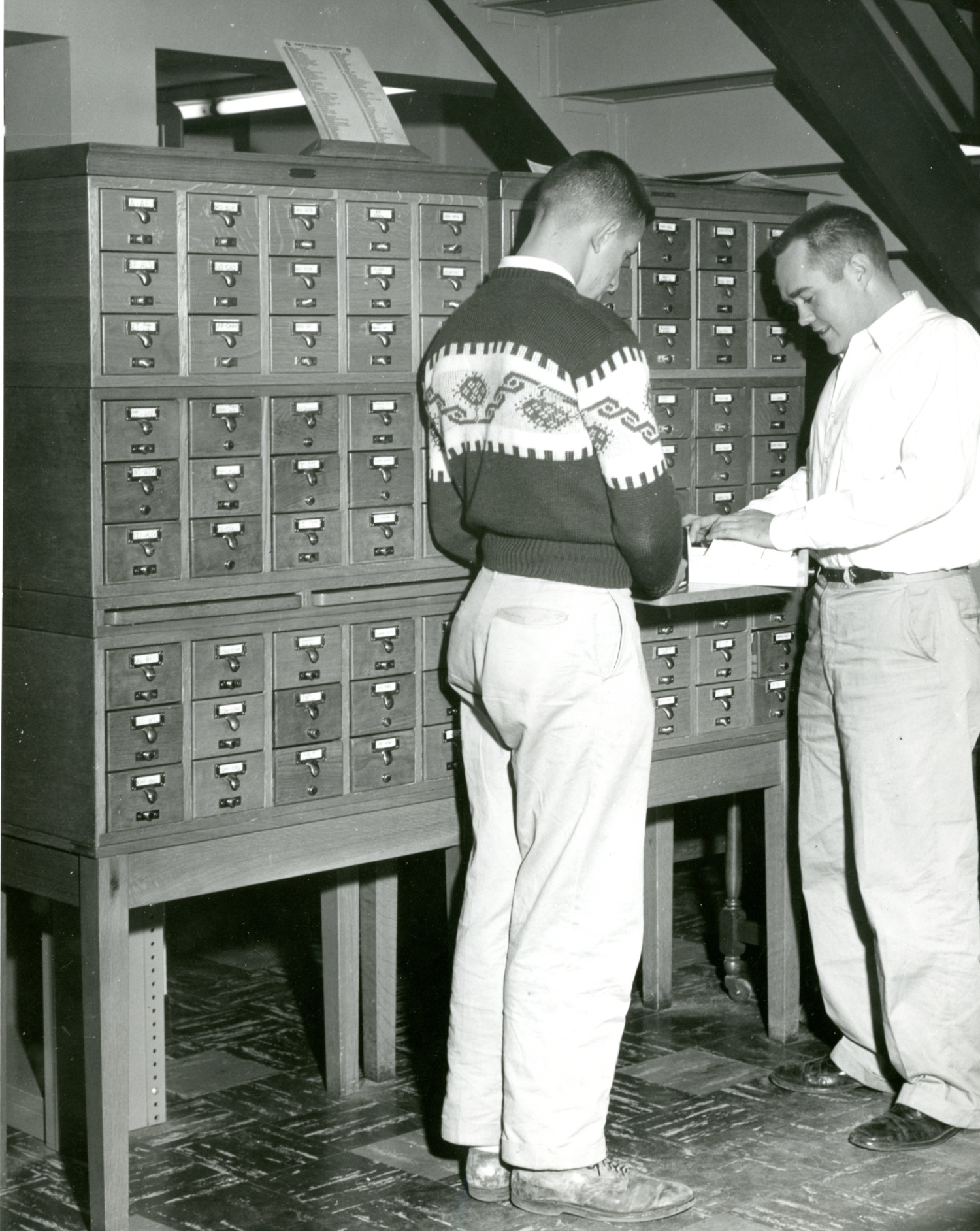 Searching the catalog circa 1956 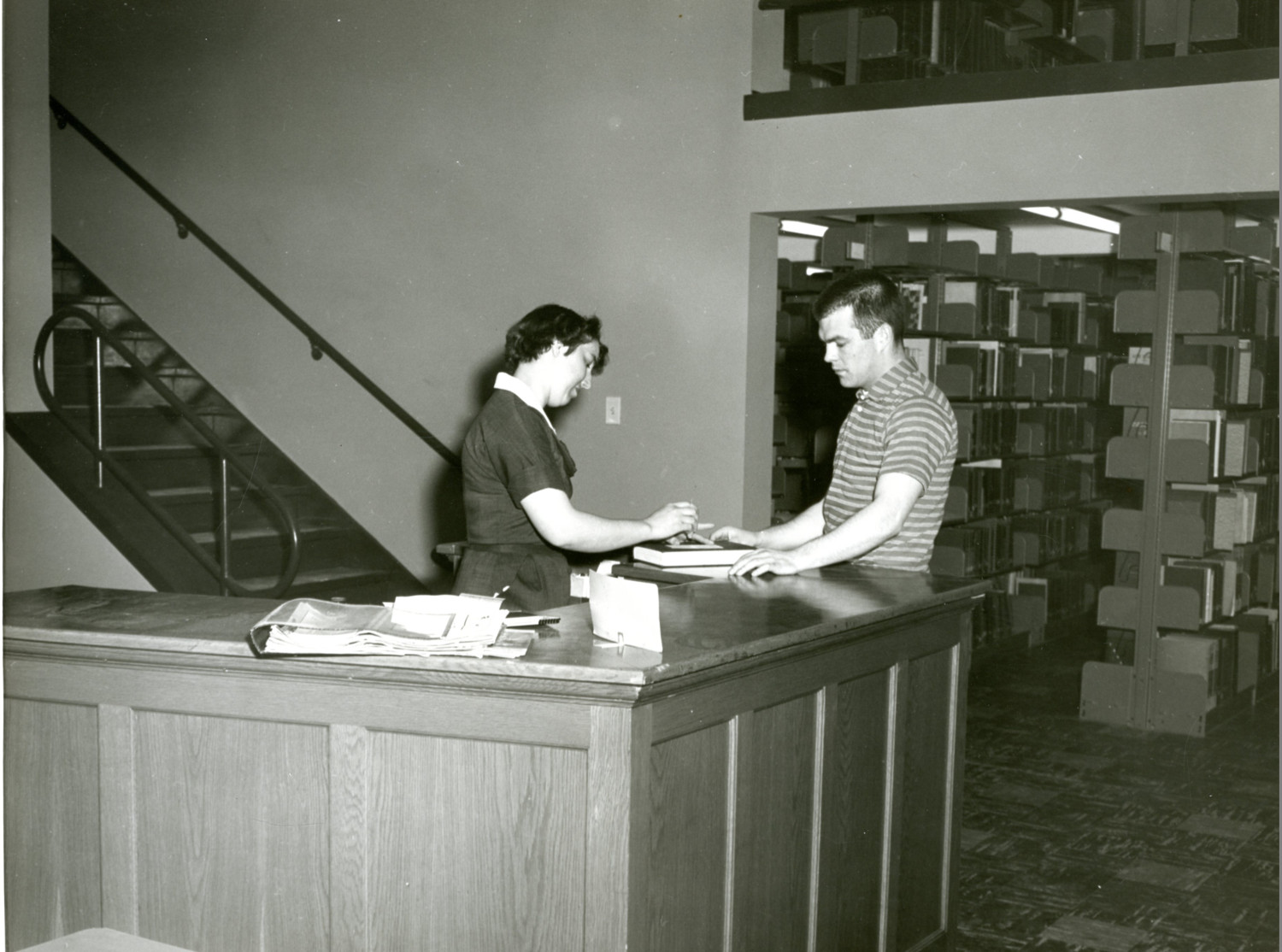 Clarkson's library has occupied various buildings around campus. The first library was located in a room in the president's home. At one time it was housed on the first floor of Old Main and then on the second floor. When the president's home adjacent to Old Main was converted into office space, the library occupied the entire second floor. Later, the library was moved to the third floor of Peyton Hall.

In 1956, money donated by Mr. Burnap allowed for the renovation of the gymnasium which became the Harriet Call Burnap Memorial Library.

In 1980 the Harriet Call Burnap Memorial library was moved into the new Andrew S. Schuler Educational Resources Center on the hill campus.

Information found on this page was taken from the book A Clarkson Mosaic: bits and pieces of academic, personal, sports and administrative history creating a portrait of Clarkson University's first hundred years 1896-1995 by Bradford Broughton, 1995. 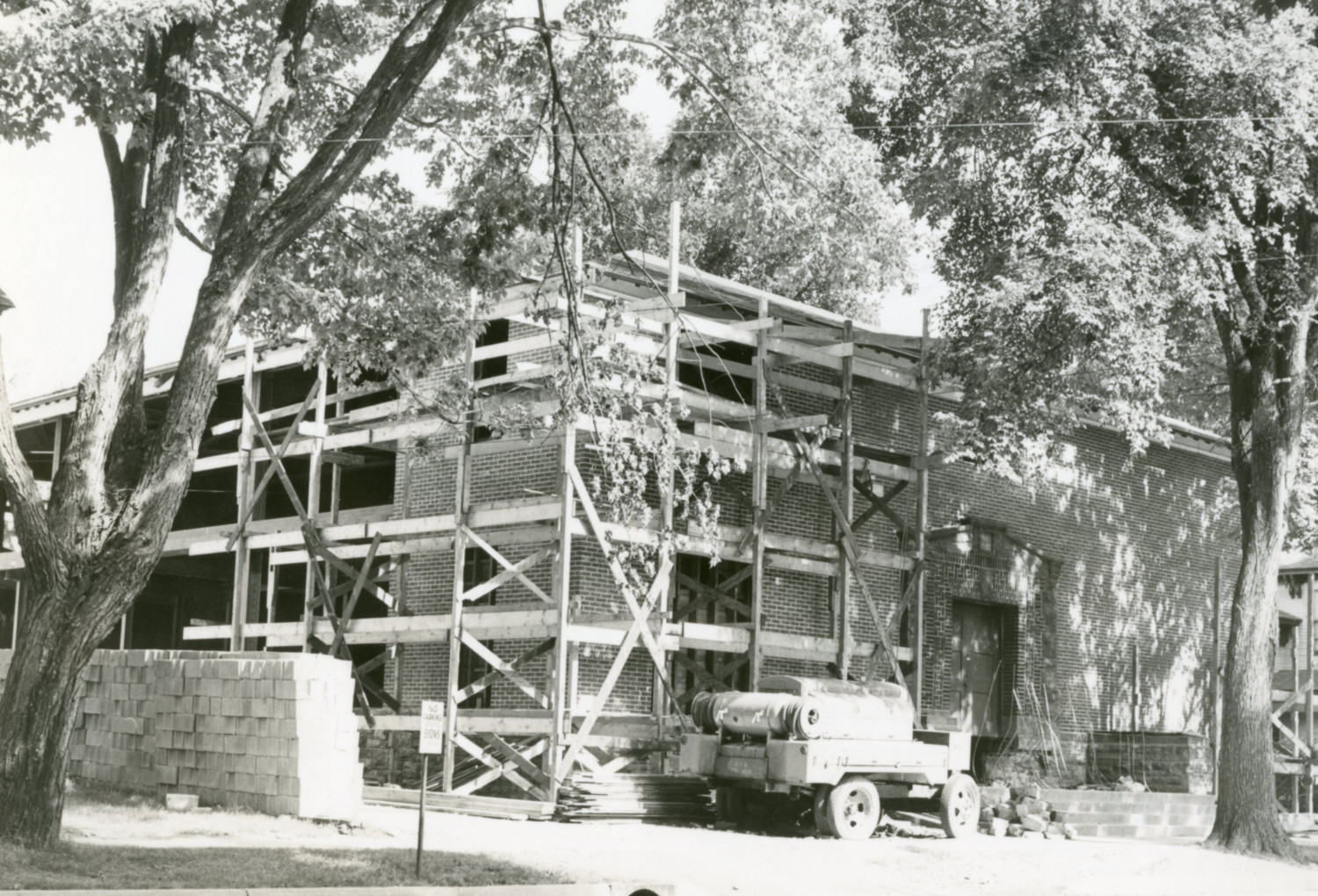 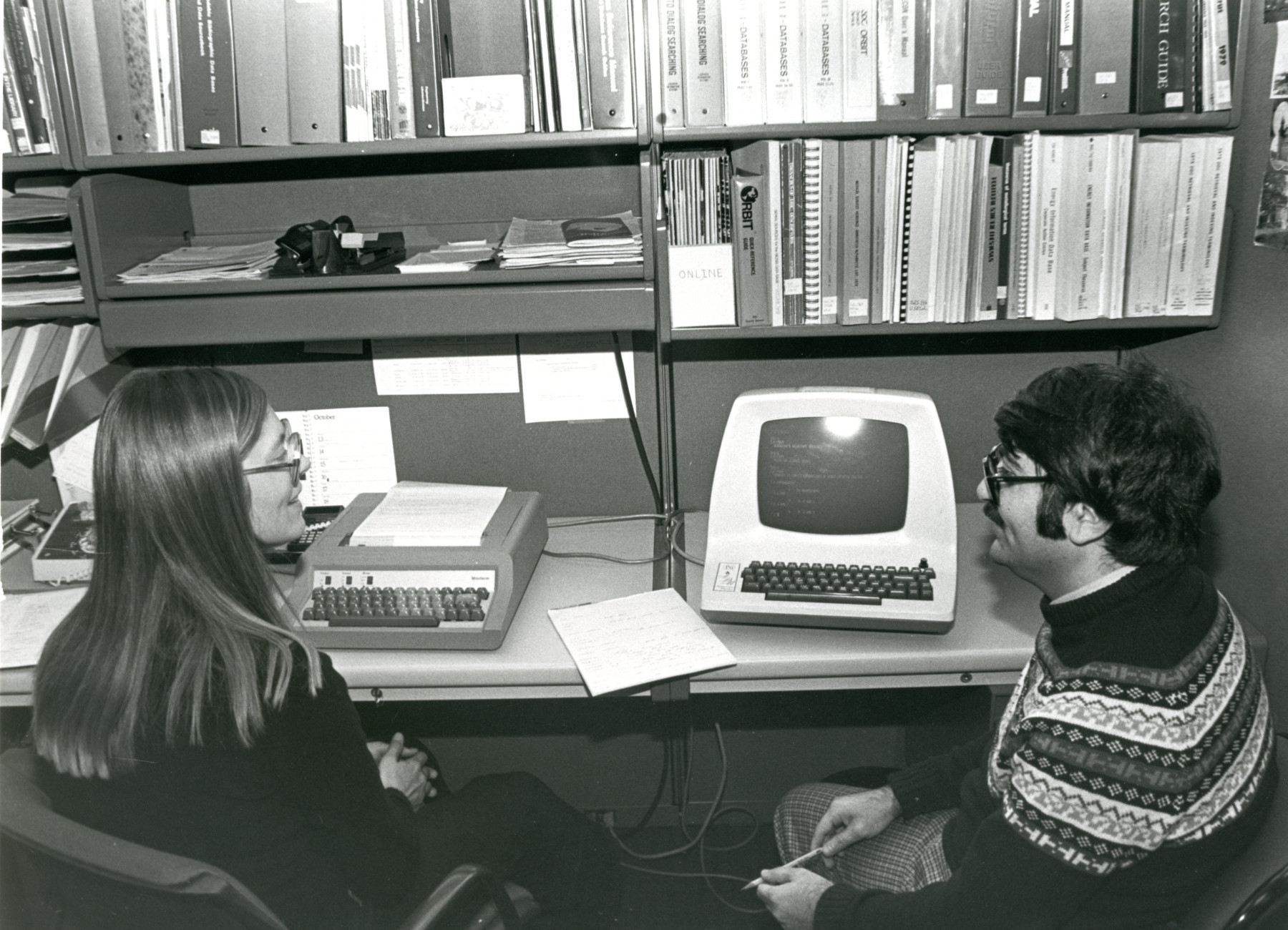 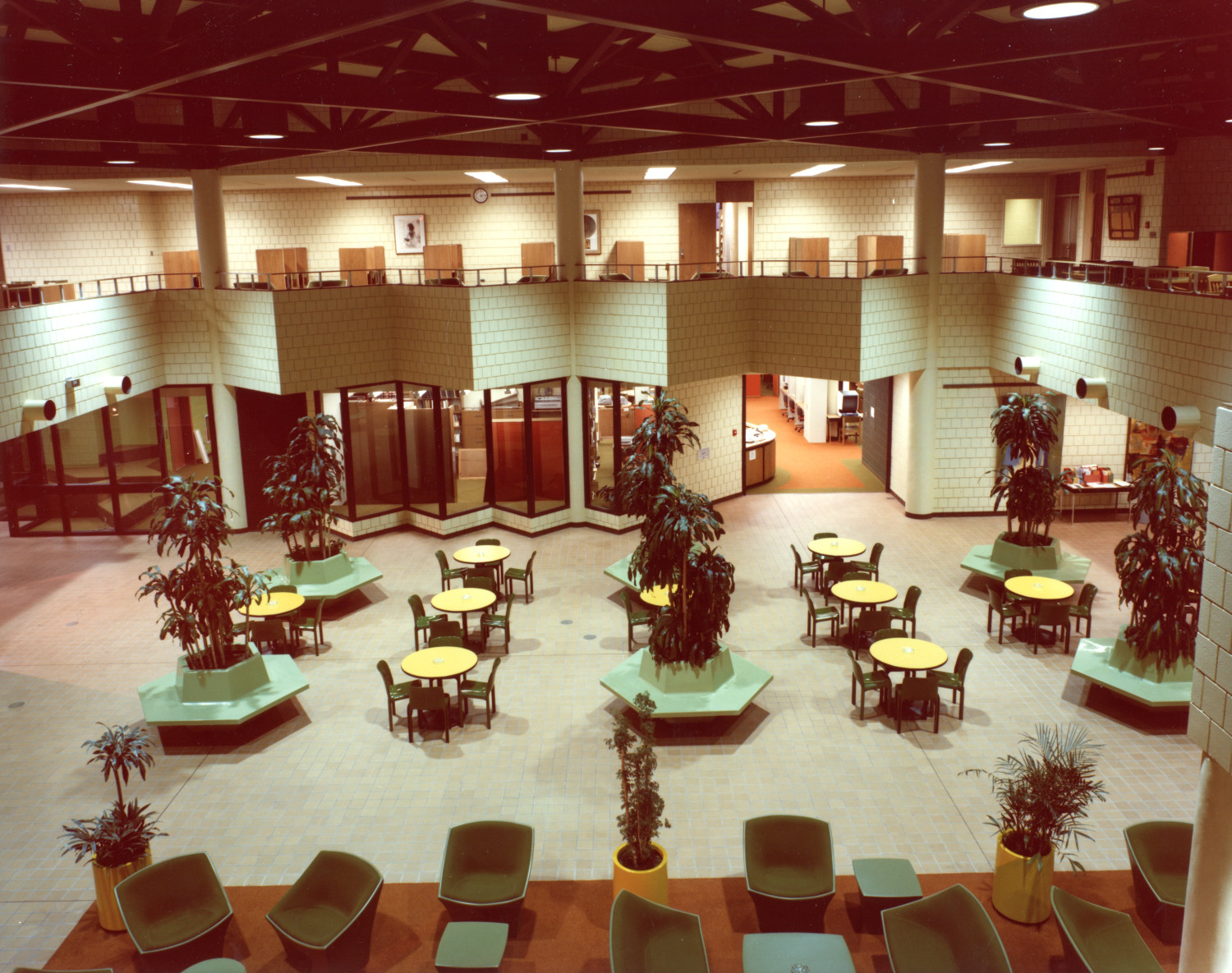